Changing of the Guard at Bahamas Feeding Network

It’s not often you see six powerful men rally round the need to feed but it happened with smiles, friendship and frank discussions when Prime Minister Philip Davis met with leaders from the Bahamas Feeding Network (BFN) in the Office of the Prime Minister.

The occasion was a welcome to Archdeacon (Retired) James Palacious who takes over as Executive Director of the Feeding Network this week as the NGO’s current leader Lester Ferguson prepares to move to the U.S. for The Salvation Army.

BFN, which has served up more than one million meals since its inception in 2013, is currently providing some 70,000 meals monthly – and it operates with a less than 5% administrative cost, thanks to an anonymous patron who picks up the tab for nearly all expenses allowing donations to go straight to the fight against hunger. 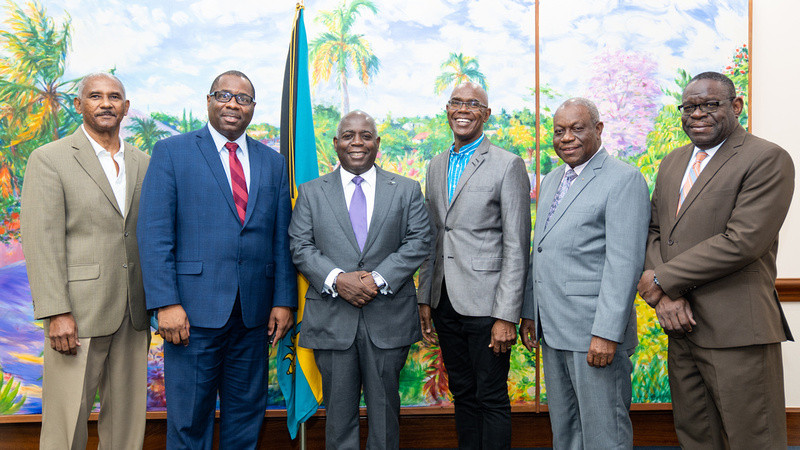